Effects of the Earthquake near Bodie

I was in Bodie the first week it was open to the public since the magnitude 5.7 earthquakes near Nine Mile Ranch in Fletcher Valley that caused some damage here and startled people through much of the Eastern Sierra region on December 28, 2016. There is visible damage to the walls or contents of several buildings. There’s also an issue with the water system.

Perhaps most serious is damage to the back wall of the DeChambeau Hotel. Some bricks fell away from the top of the wall and other cracks are visible lower in the wall. 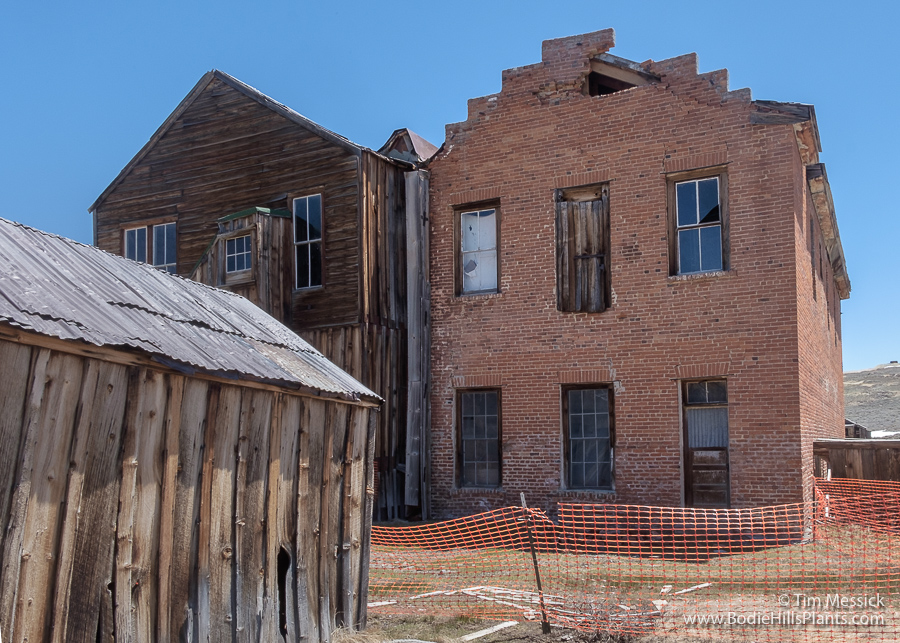 Inside the DeChambeau Hotel, bottles on the bar fell over. 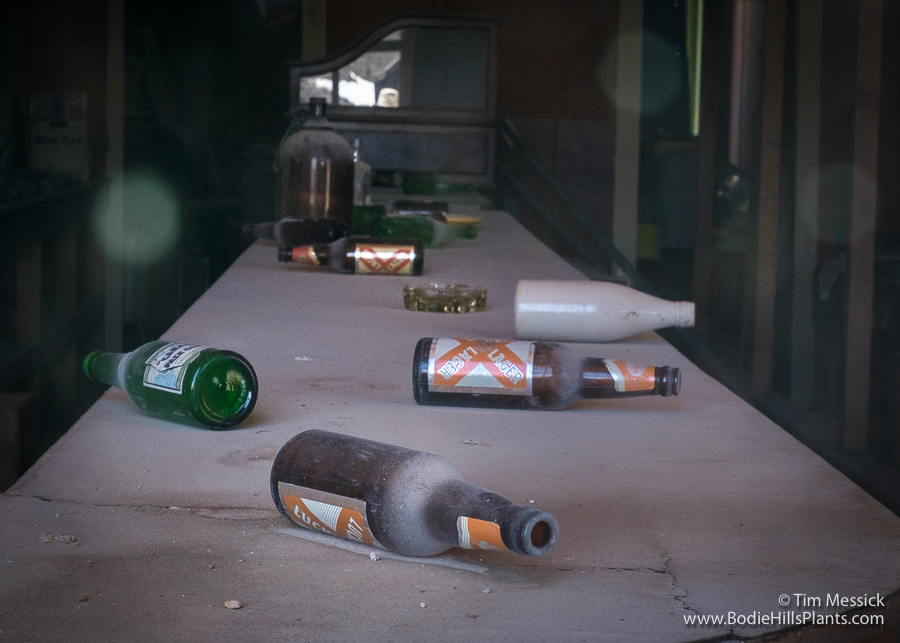 Next door in the IOOF building, many of the old bottles that were neatly stacked in a display case fell to the floor and broke.

In the morgue, an open coffin toppled off the back of the table on which it was resting. The lid came off another one standing to its left. 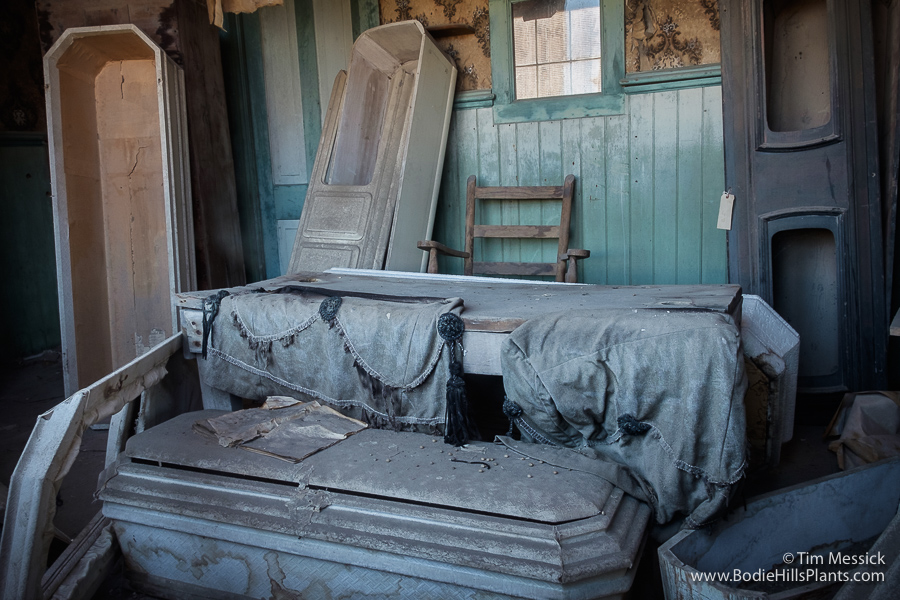 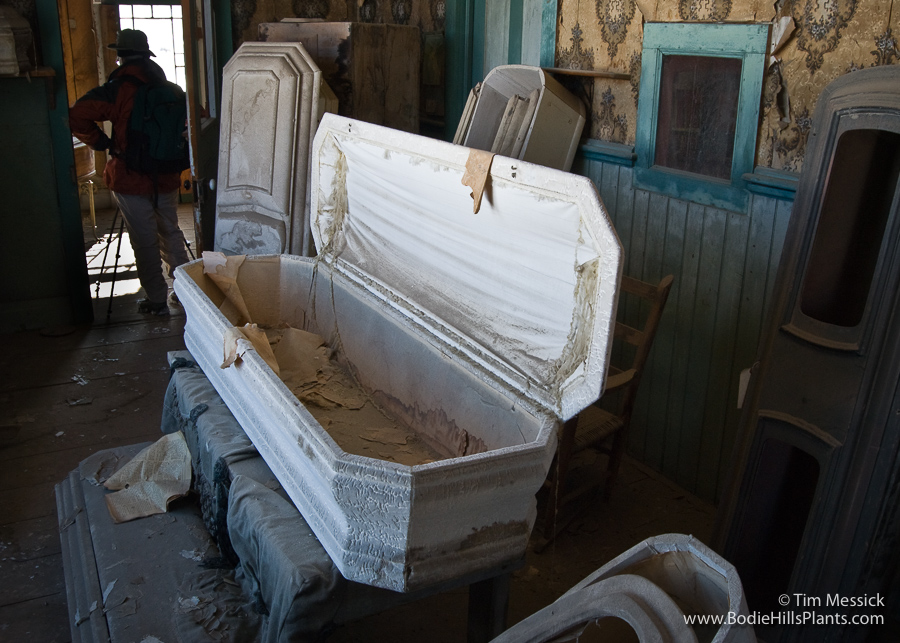 The Boone Store lost one of the large front windows, now temporarily covered with plywood. Inside, the hat-wearing dress form looks a little worse for her exposure to the elements. 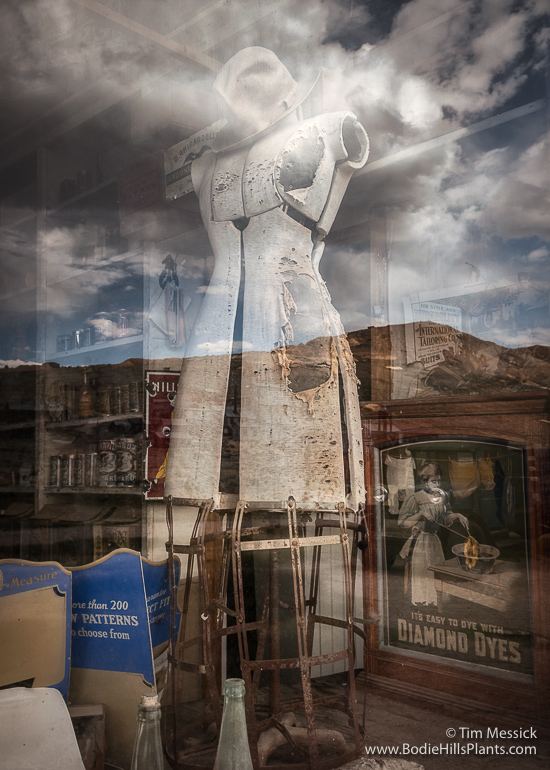 In the Cain House, bottles toppled from the display shelves inside the front windows. 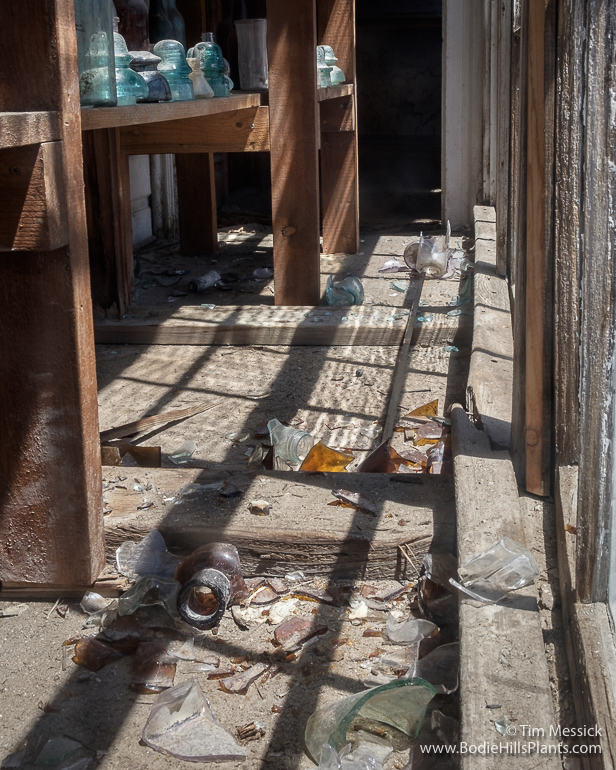 Over on the northeast side of the Bodie Hills, in Fletcher Valley, the stone walls the historic building at Nine Mile Ranch (the oldest intact building in Mineral County!) were severely damaged. This building is only a mile from the epicenters of the largest quakes. 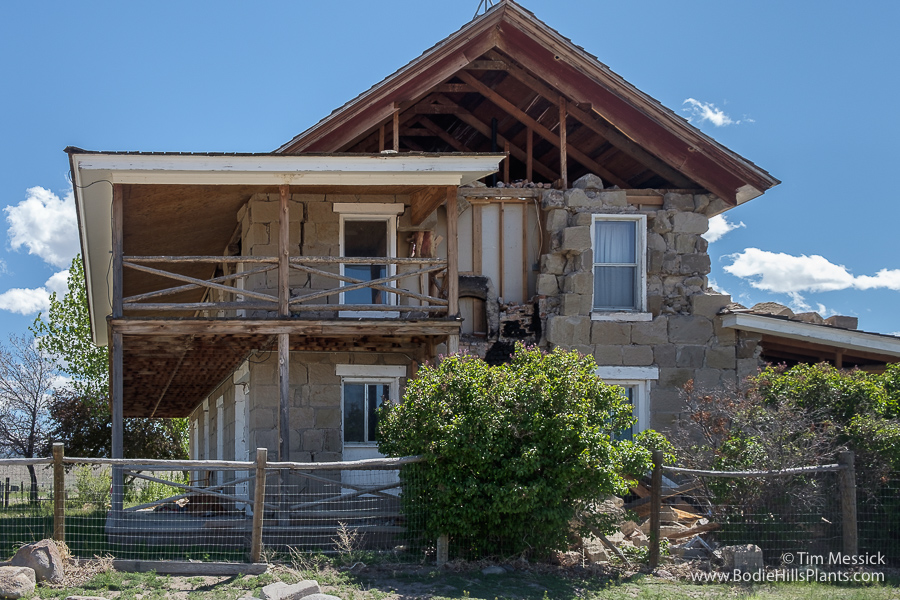