One of my favorite grasses of the Great Basin is the common and widespread sand rice grass (Stipa hymenoides). The rice grasses (or “ricegrasses”) were formerly treated in the genus Oryzopsis, which differed from the closely related needle grasses (Stipa spp.) in part by their short, generally straight and deciduous awns, rather than the mostly much longer, bent, and persistent awns of the needle grasses. Alas, Stipa and Oryzopsis were long known to hybridize promiscuously, and other morphological and developmental studies showed more similarities between the groups, so (to oversimplify the taxonomic story) Oryzopsis was lumped into Stipa. But in common parlance, the shorter-awned taxa are still “rice grasses” and the long-awned taxa are still “needle grasses”. 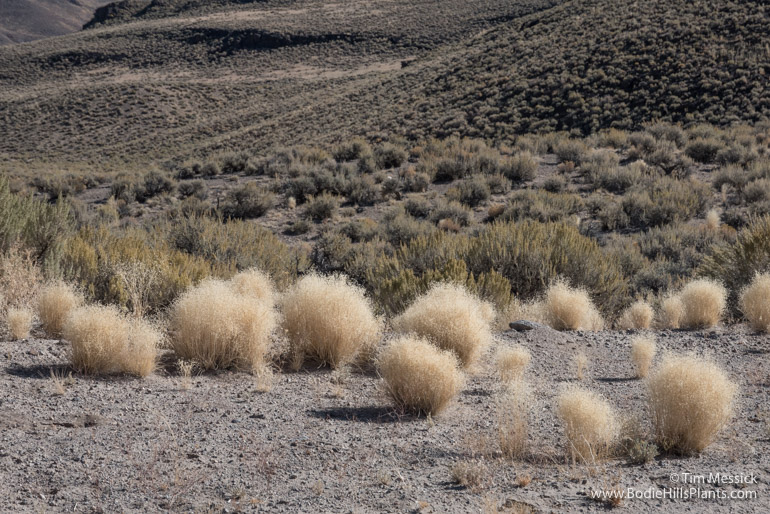 In late summer and fall, the seeds swell and push open the florets, making the plants catch the light especially well, so these bright little bunchgrasses can be seen easily from afar. The plants above, however, were right along the sandy edge of the Sweetwater-Aurora road (NF-028), west of The Elbow in Lyon County, in late September.

Rice grass seeds, especially those of Stipa hymenoides, are highly edible. Sand rice grass used to be called “Indian rice grass”, which is ethnologically and now also politically incorrect, but the name reflected the fact that the seeds were collected for food by Native Americans. Livestock and wildlife find the plants appealing too.

Sand rice grass is the official the State Grass of Utah and is planted for land reclamation, habitat improvement, and ornamental purposes. Let there be no confusion, however: “rice grass” is very different from true rice, which is also grass (Oryza spp.), but of tropical wetlands (and widely cultivated). 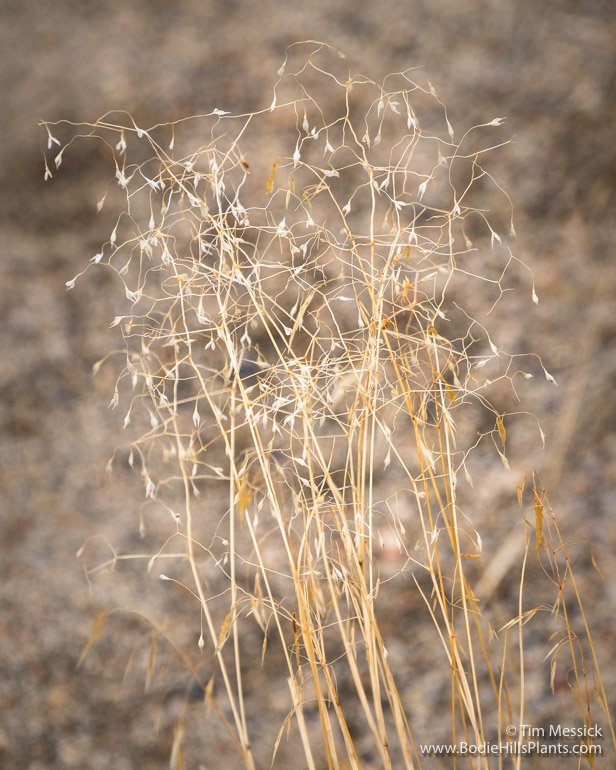