Some Additions to the Bodie Hills Flora

Last weekend (in mid-May, 2017), I hit the jackpot (appropriately, as this was in Nevada) for interesting plants in one part of the Bodie Hills. It was along the northern perimeter of the Bodie Hills, mostly in Lyon County, along the Sweetwater-Aurora Road (NF-028) and some side roads, ridges, and ravines. The diversity and abundance of native annual and perennial plants in flower was delightful! At least 5 species (and 4 genera) were new additions for the checklist: 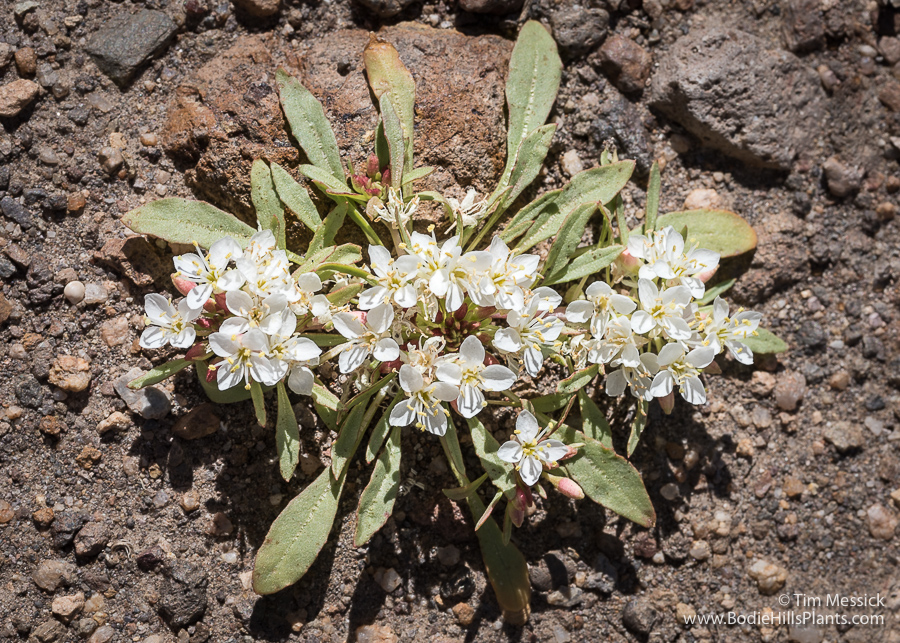 Nevada suncup (Eremothera nevadensis) was widespread in openings among low sagebrush throughout the low northern foothills of the range. Eremothera was formerly treated as a Section of the widespread evening-primrose or suncup genus Camissonia. Nevada suncup apparently has a somewhat limited distribution in west-central Nevada, and has yet to be found across the state line in California. 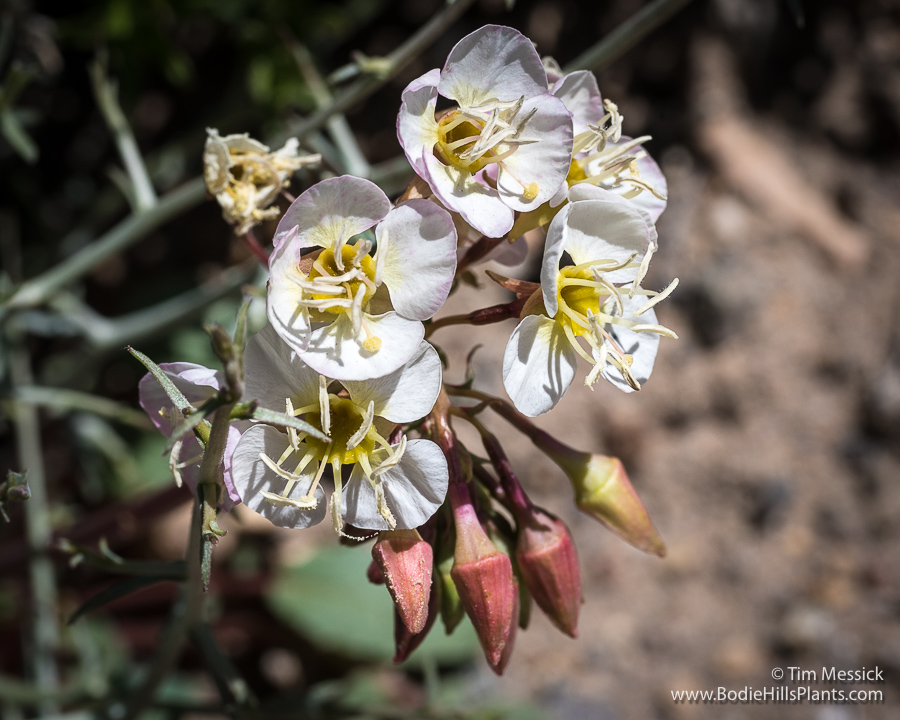 Booth’s evening-primrose (Eremothera boothii, subspecies to be determined) was locally common, here and there, in loose sandy soil along the edges of NF-028. Eremothera boothii is  widespread, with several subspecies, throughout the arid southwest. 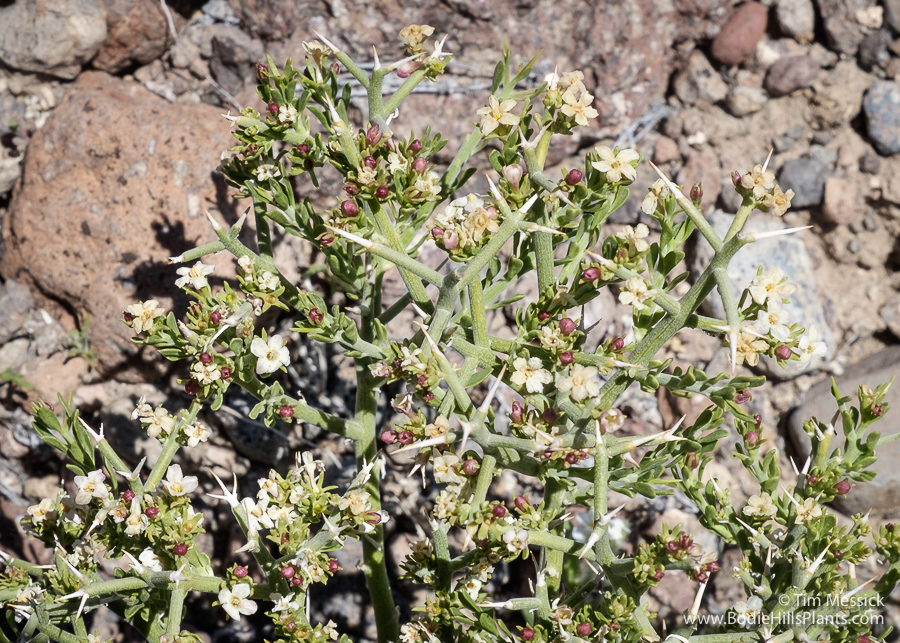 Spiny menodora (Menodora spinescens), a viciously spiny low shrub in the olive family, was in full bloom (with small, pale flowers) on a ridge on the western edge of Fletcher Valley.

Hairy jewelflower (Caulanthus pilosus) was also scattered among low shrubs on this same ridge (near the Bursage and the Lycium). At first I thought this was Longbeak streptanthella (Streptanthella longirostris), which has been reported not far from this location and has similar flowers and growth habit. Nope. The plant I found (reviewing other photos and specimens) has ascending fruits (vs. recurved to reflexed in Streptanthella) and basal leaves that are pinnatifid—deeply divided (vs. entire in Streptanthella).

There may be a few more “new” plants for the list in this area, but I haven’t finished keying my specimens yet. And some Astragalus and Eriogonum plants weren’t mature enough yet to firmly identify.

I also confirmed the presence of one plant that I was unsure whether to include in the checklist:

Bursage (Artemisia spinosa) on a ridge on the western edge of Fletcher Valley (same place as the Lycium).

And another species previously collected by others in this area, but which I hadn’t seen before:

Hillman’s cleomella (Cleomella hillmanii) was locally abundant on a hillside crossed by the road. It looked just like many other hillsides out there, so why did the Cleomella favor this one in particular?

Last, but not least, there was the largest population and the largest individual plants of Mono phacelia (Phacelia monoensis) I’ve ever seen:

One response to “Some Additions to the Bodie Hills Flora”