The View from Lucky Boy Pass 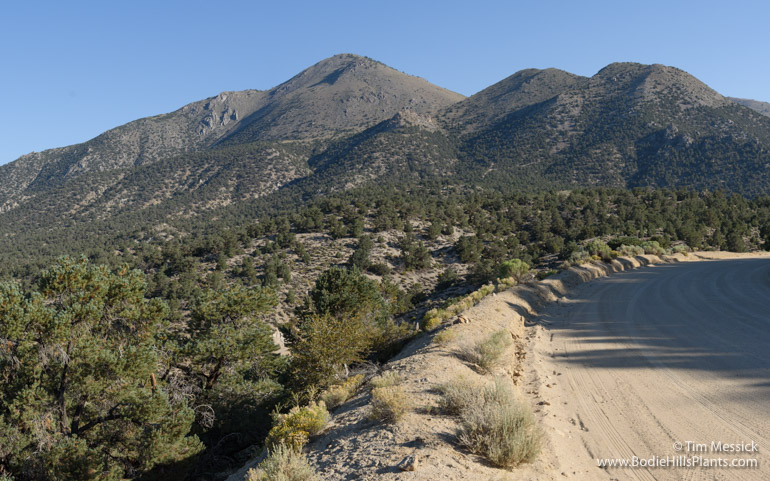 The earliest map I’ve found showing a road over Lucky Boy Pass, in the southern Wassuk Range of Mineral County, NV (just east of the Bodie Hills), is the 1873 “Topographical Map of Central California Together with a Part of Nevada” [Sheets II and IV], by Charles F. Hoffman of the California Geological Survey (link to Sheet IV in the David Rumsey Map Collection). Part of this is shown below. 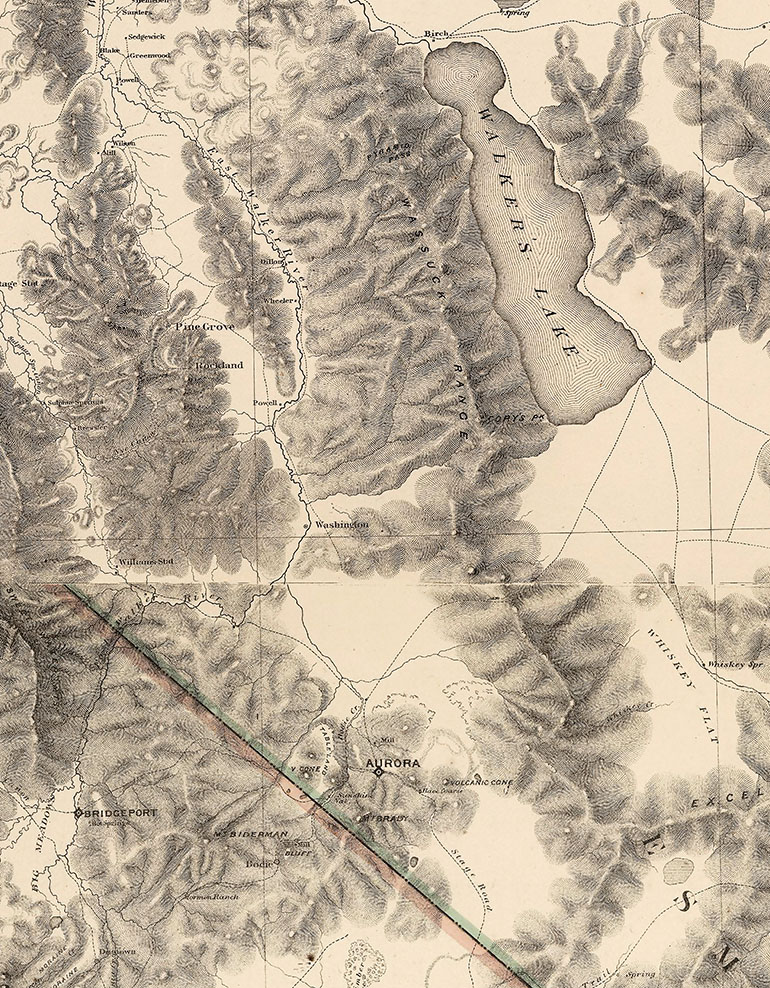 Here’s a closer view (below), with a red dot over Lucky Boy Pass. A few other things to note on this map: the city of Hawthorne (near the south end of Walker Lake) isn’t there yet. Hawthorne was established about 1880. The label “Cory’s Peak” is a little off-target. It’s placed on today’s Mt Grant (highest in the Wassuk Range). Cory Peak should be the first knob north of the red dot. “Mt. Brady”, south of Aurora, is now called Brawley Peaks (although that’s apparently a mis-spelling of Braly). The little back dot at the crossroads north of Aurora marks the stage stop at Fletcher. 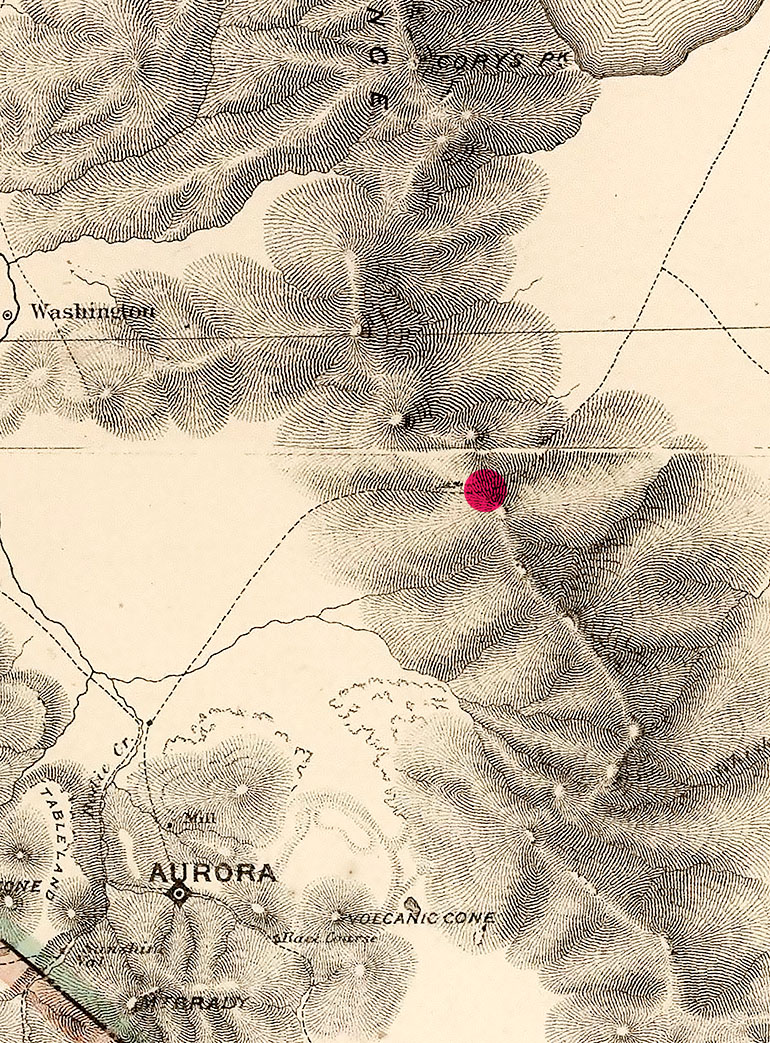 The road over Lucky Boy Pass became a main road connecting Hawthorne with points to the west, perhaps during the peak of activity at Aurora (1863-64) and Bodie (mid-1880s). The arrival of the Carson and Colorado Railroad at Hawthorne in 1881 also boosted activity along this road. Today the road is wide and well maintained, having recently served the now mostly inactive Borealis Mine (just south of Lucky Boy Pass) and  Esmeralda Mill (just east of Aurora in the Bodie Hills). 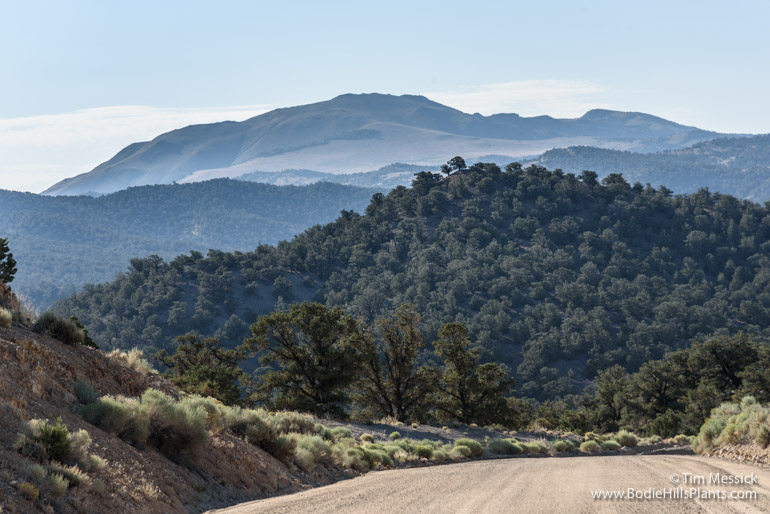 On a clear day, there are fine views into the remote eastern slopes of the Bodie Hills, and glimpses of the Sierra Nevada beyond. 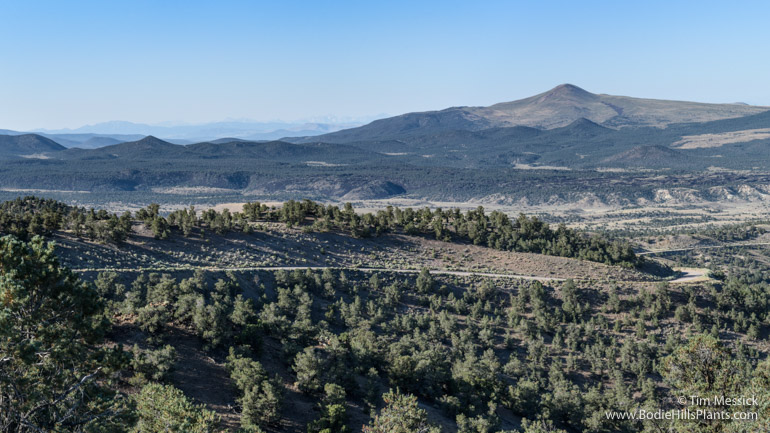 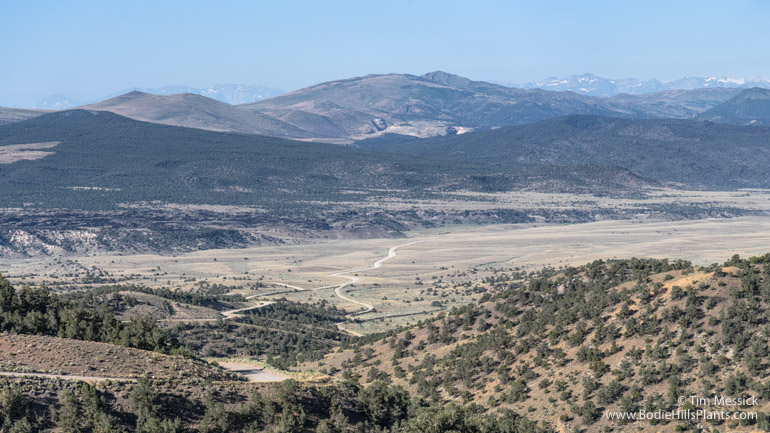 Looking South-southwest: Brawley Peaks near Aurora (center). Fletcher Valley in the foreground, with Mud Spring Wash in front of the dark volcanic flows crossing the middle of the picture. 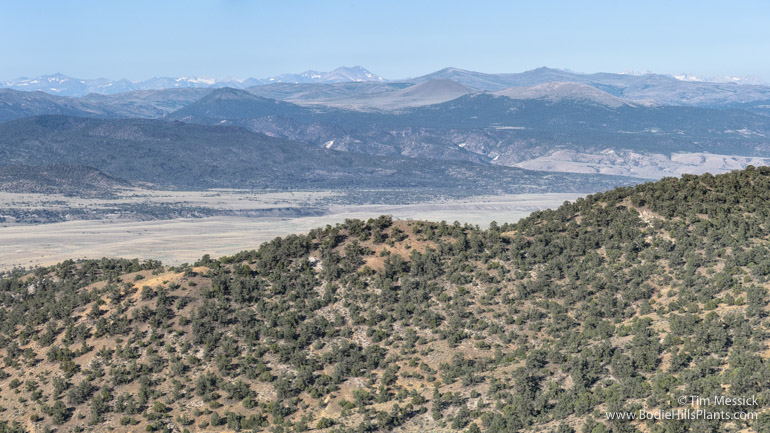 Looking Southwest: Dunderberg Peak in the Sierra Nevada (center), then Bodie Mountain and Potato Peak in the Bodie Hills (right of Dunderberg). More of Fletcher Valley beyond foothills in the foreground. 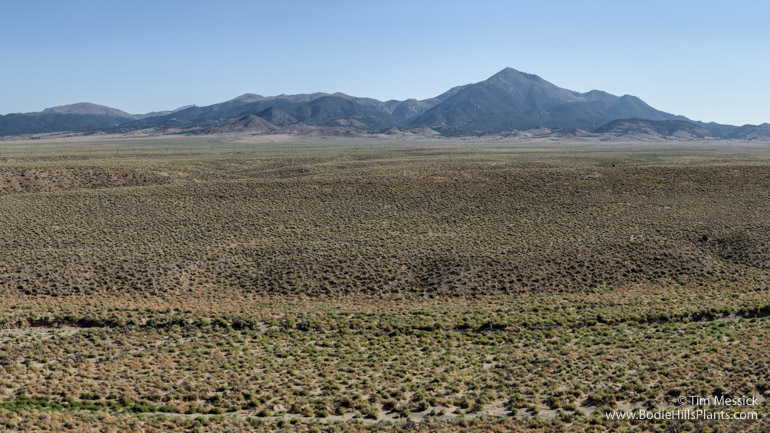 The southern portion of the Wassuk Range from Fletcher Valley (looking north). Corey Peak (10,520 ft, right of center) appears to be the highest. Mount Grant (11,239 ft), although taller, is much farther away, barely visible as a low bump left of center. Lucky Boy Pass is near the right edge of this picture.

Lucky Boy Pass Road probably takes its name from the Lucky Boy Mine, discovered in 1908 several miles south of Hawthorne. But who was this lucky person? And what was he lucky with—prospecting, cards, love?  I haven’t found the answers, but he appears to have moved around a lot: there are “Lucky Boy” mines in Alaska, Arizona, California, Colorado, Idaho, Montana, New Mexico, Oregon, South Dakota, Utah, and Washington, as well as Nevada.